Take a bite out of this blondie! Chewy, chocolatey and filled with cinnamon vanilla batter, you’ll want to make Cinnamon Chocolate Chip Blondies again and again. 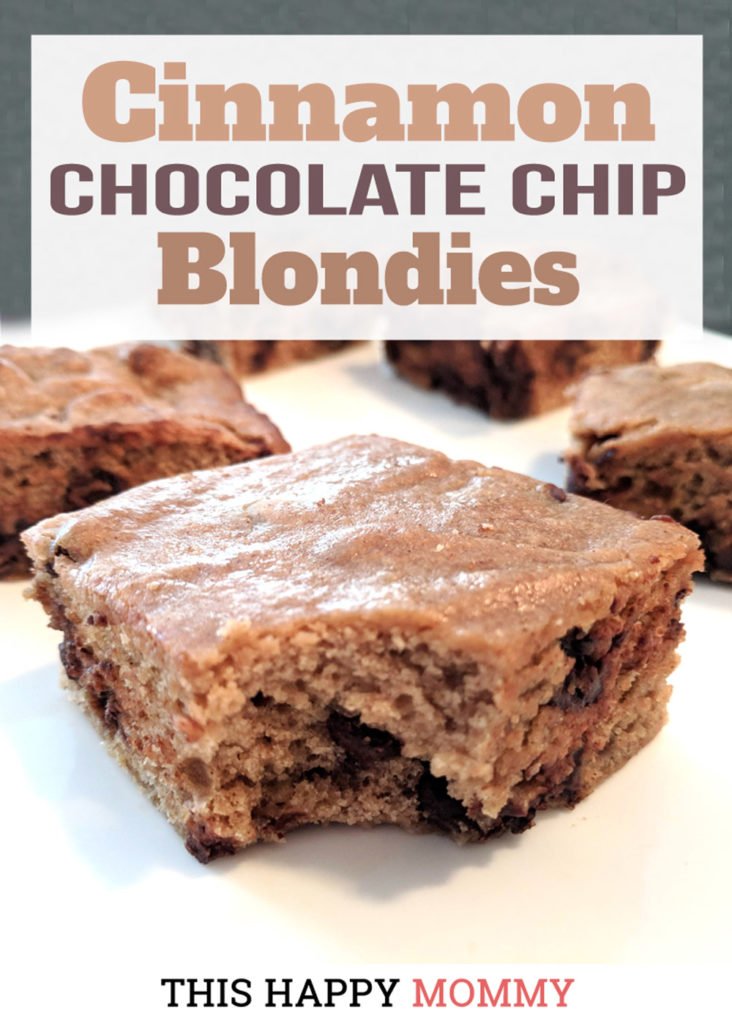 Sometimes you just want some dessert. It doesn’t need to be anything big. It simply needs to be sweet, chewy, and of course chocolately.

If making dinner feels like a chore, you need this guide. Learn the 3 simple steps to easy dinners plus tasty recipes too. It's a game changer - get our FREE guide for a limited time!

Cinnamon Chocolate Chip Blondies is all that and more. With the savoury flavour of cinnamon, perfectly moist batter, and melted chocolate chips. What’s not to love!?!? Just look at these blondies. They’re one tasty dessert. 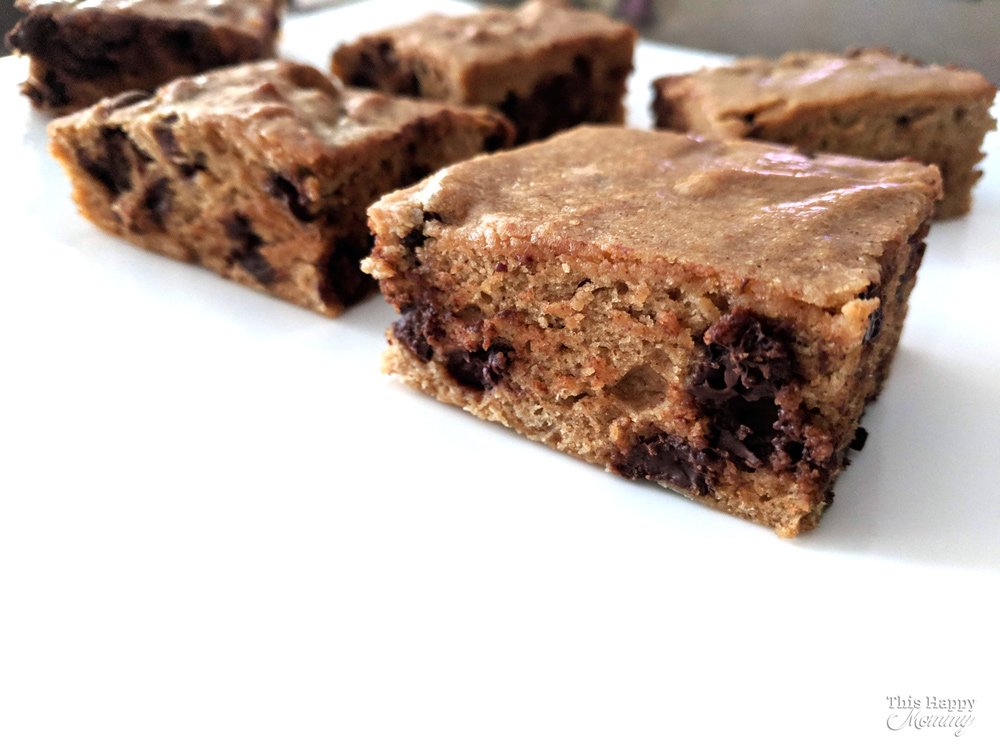 In the battle between brownies and blondies, I’ve always been a blondie girl. If you haven’t had a blondie before, it’s basically a brownie, the same thick, chewy yummy goodness, but without the cocoa flavoured batter. Imagine a dessert that’s so tasty and chewy, every bite melts in your mouth. It has a vanilla cinnamon batter and wonderful melt-in-your-mouth chocolate chips.

These Cinnamon Chocolate Chip Blondies are the best of both worlds – chocolate and vanilla. The gooey chocolate chips and the cinnamon, apple, vanilla batter will make you say, “Yum!” 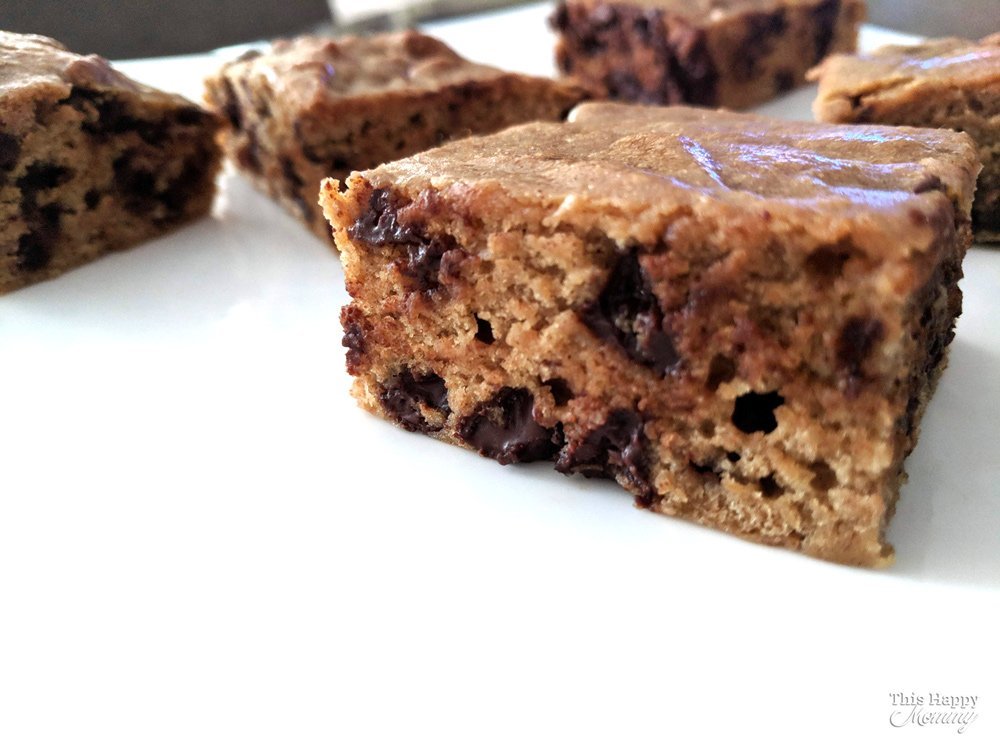 With each bite, you’ll taste a moist dessert that’s filled with tasty cinnamon vanilla  batter. I’ve been making these Cinnamon Chocolate Chip Blondies for years and they are one of our family favourite desserts. They taste delicious on day one and continue to taste delicious for days.

These blondies have never lasted more than three days in our house, but every day they are just as tasty as the first. Seriously, these blondies are sure to please! 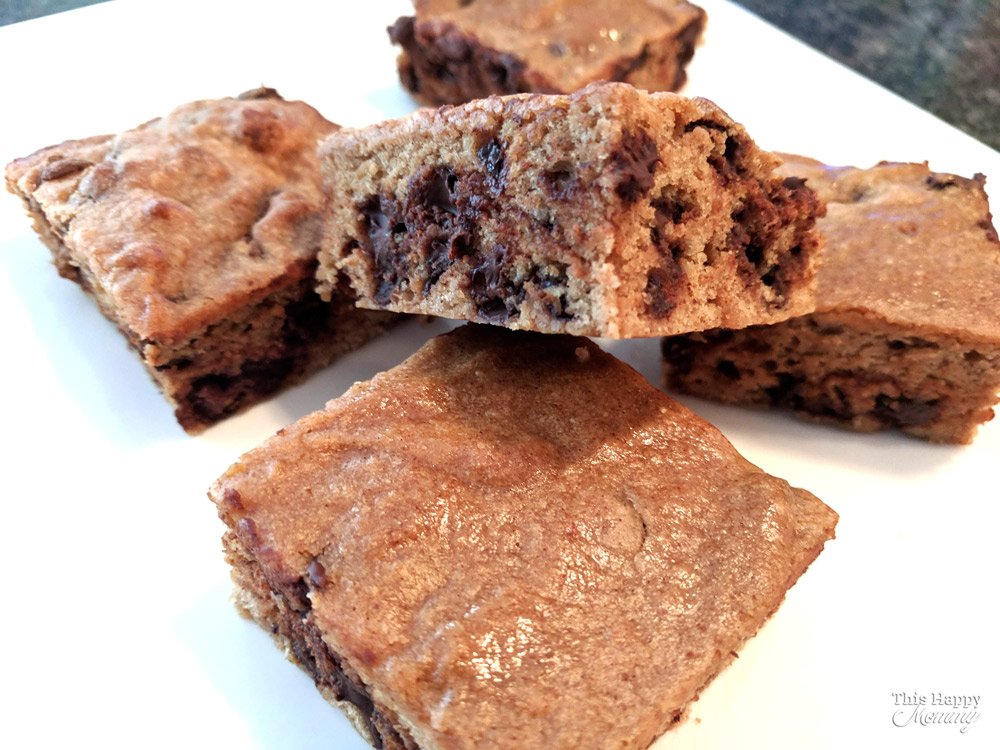 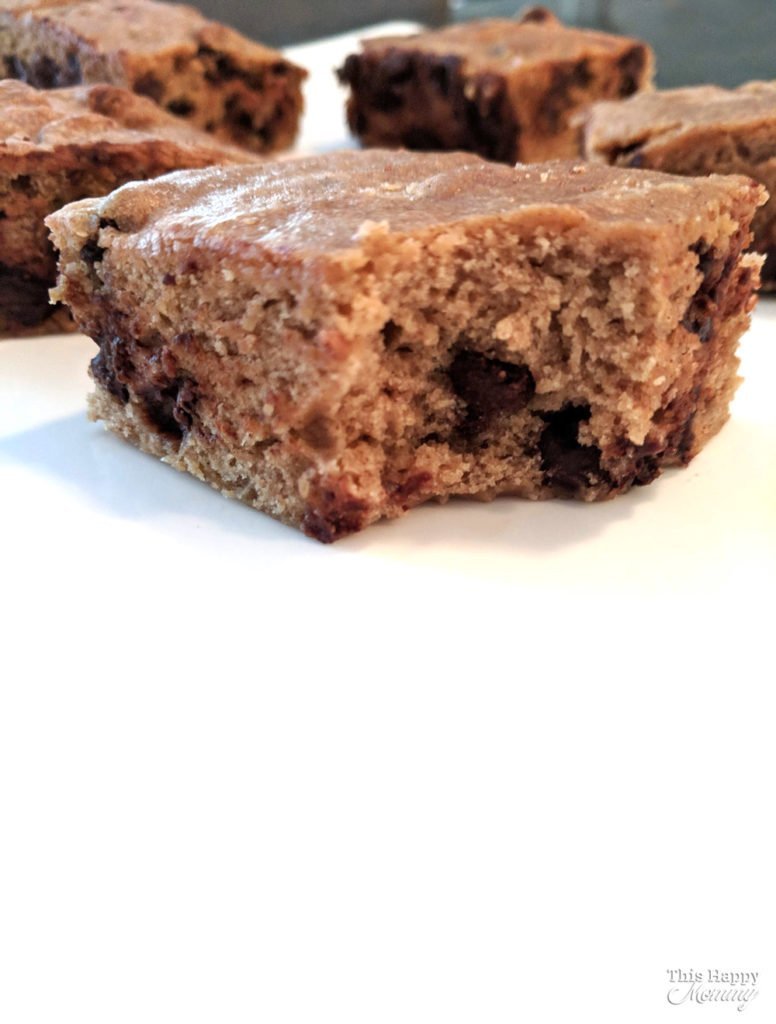 Cinnamon Chocolate Chip Blondies taste even better when you realize that they are low fat. That’s right! There’s no butter or oil in these blondies. Instead, they’re made with apple sauce, egg whites, and Greek yogurt. The apple sauce adds a subtle apple flavour which is enhanced by the cinnamon.

Tahe Greek yogurt keeps them moist and decadently delicious. You’d think there was a bunch of butter, but it’s simply yogurt. Tasty and healthy – talk about a perfect dessert! 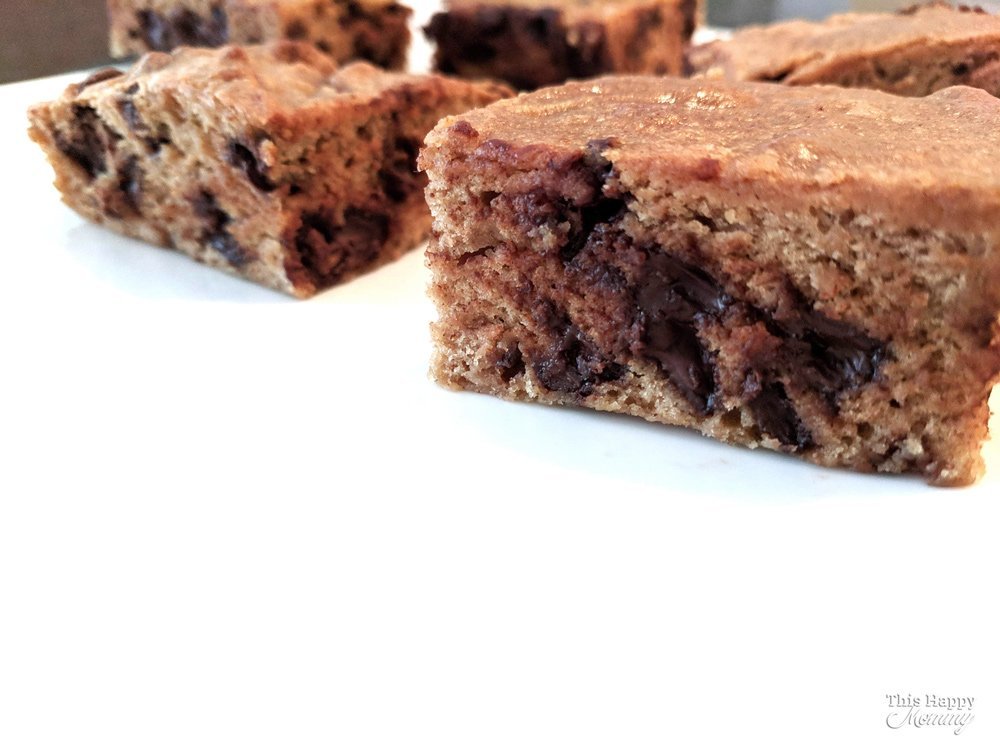 If you’ve made brownies or blondies before, Cinnamon Chocolate Chip Blondies are really easy to make. But if you’re new to the world of baking, after making these blondies, you’ll be hooked!

To start, you’ll want to add all purpose flour, brown sugar, cinnamon, baking powder, and salt to a large bowl. With a mix of sweet brown sugar and a teaspoon of savoury cinnamon, your blondies are off to a tasty start.

In a smaller bowl, you’ll combine apple sauce, yogurt, eggs, and vanilla. These ingredients add the perfect amount of moisture to the bars, making them fudgy and tasty. When it is mixed together, pour the pumpkin mixture to the flour one and stir to combine.

Now comes the chocolate. Yes, that ooey-gooey melt-in-your-mouth chocolate that takes tasty bars from being cinnamony goodness to being an amazing dessert. Once the chocolate is mixed in, add the batter to a nonstick baking pan. Finally, let your oven do its magic. After 25 minutes, your blondies are ready to enjoy! And you are moments away from your first tasty bite. 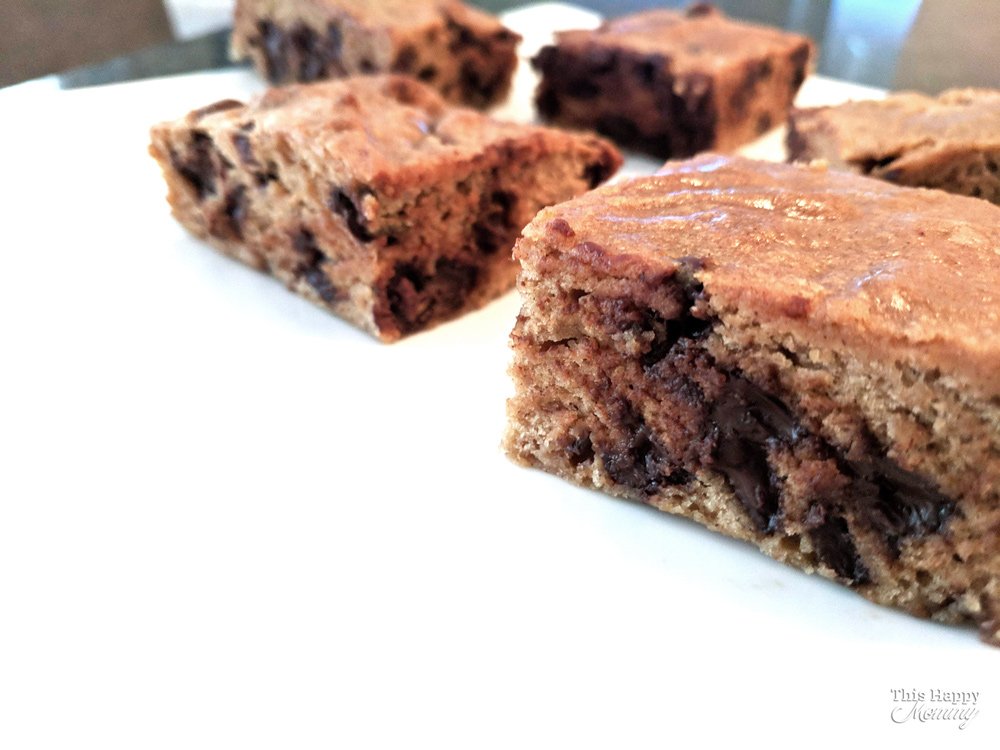 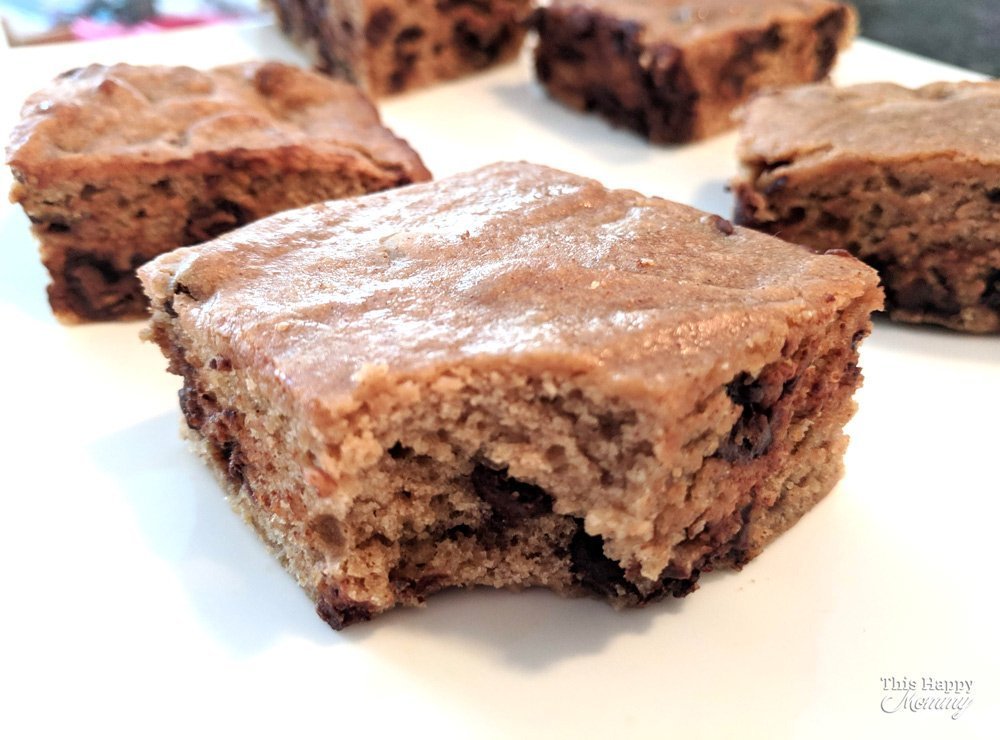 These blondies are so yummy, everyone will be asking, “Are they really low fat?” Simple, delicious, and low fat blondies – what more could you ask for?

If you love blondies, you may also enjoy Chocolate Chip Pumpkin Bars 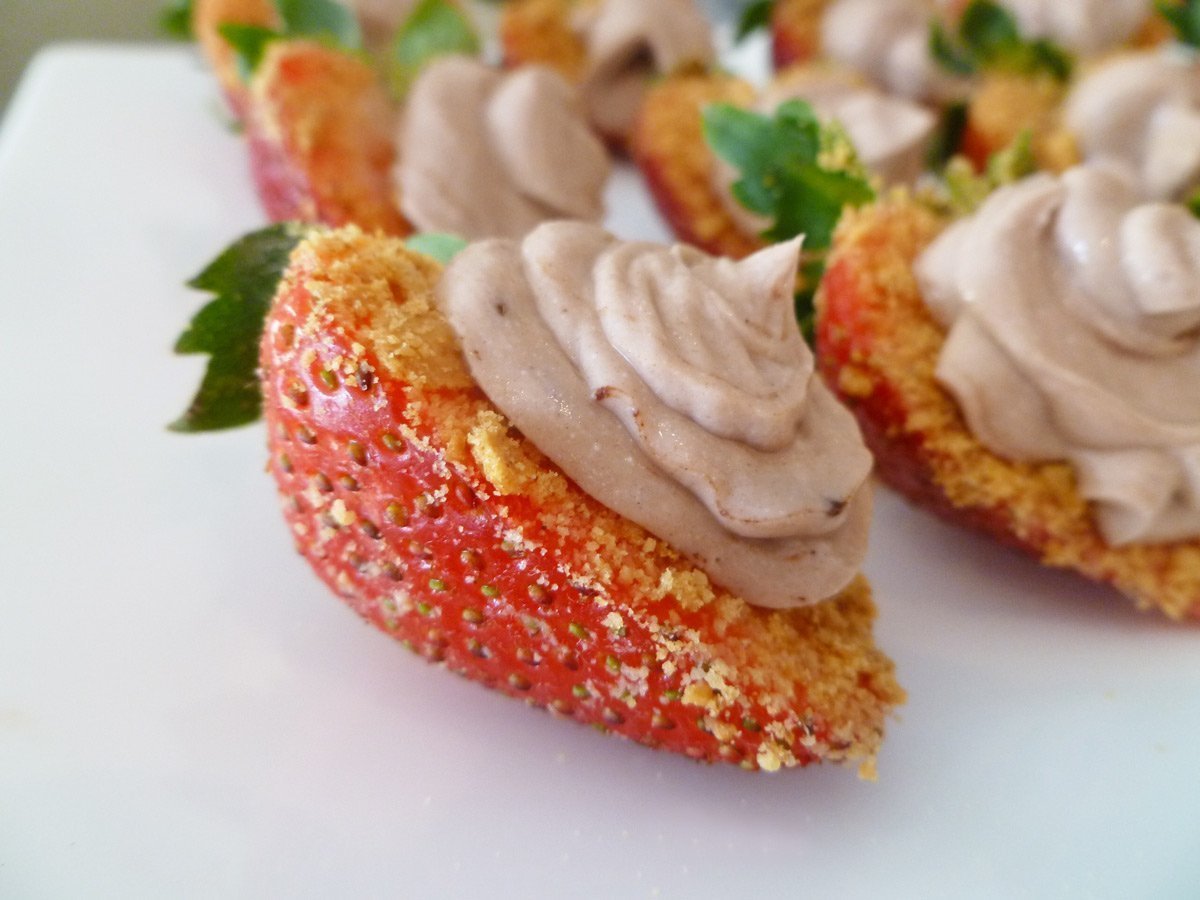 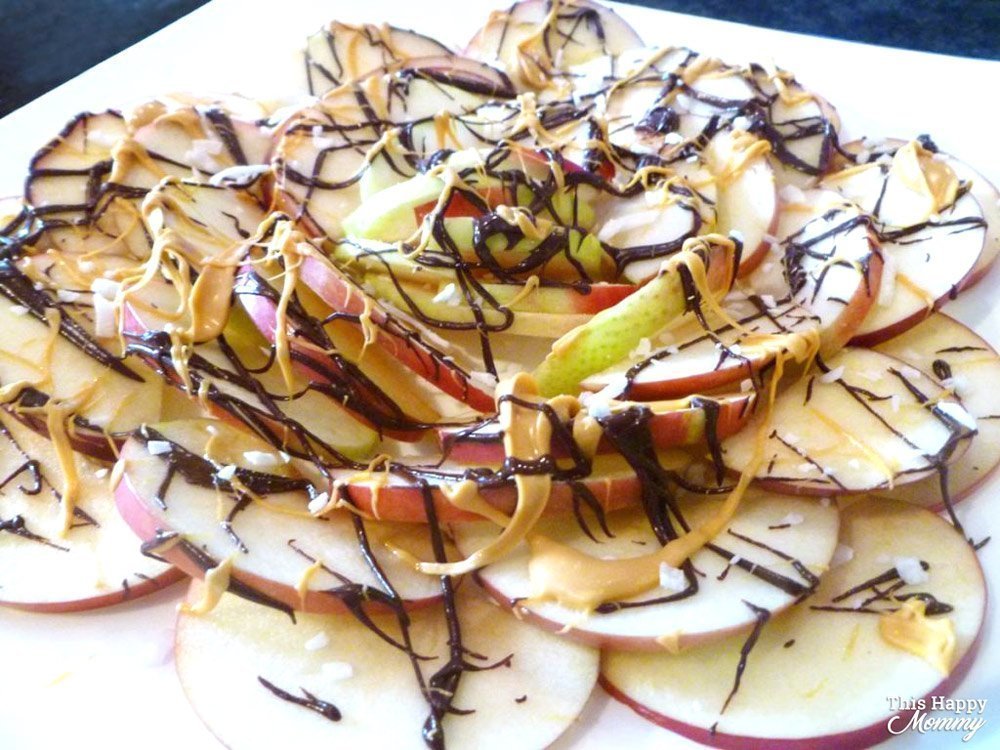 WANT TO REMEMBER THIS? SAVE CINNAMON CHOCOLATE CHIP BLONDIES TO YOUR FAVOURITE FOOD AND RECIPE PINTEREST BOARD!

I want to help you make easier dinners, give the perfect gifts, and make fun crafts. Learn more here.

Ready to make dinner faster? Get our FREE GUIDE.