There’s something wonderful about a holiday. It’s the perfect escape from the everyday. But when you are on a Disney cruise, the holiday is even more magical. Our first family cruise on the Disney Magic was more memorable that we could have imagined!

This year we went on our first Disney cruise. It was a five-night cruise to the Caribbean. I knew that there would be a sprinkle of pixie dust on this holiday, but I had no idea how magical it would be.

The party begins before the ship pulls away from the port. There’s music, dancing and then some very famous friends arrive – Mickey Mouse, Minnie Mouse, Daisey, Donald, Goofy, and even Pluto, to name a few.

I’ll never forget the moment when my five-year-old daughter first saw Mickey and Minnie Mouse. Her jaw dropped, she giggled into her hands and squealed with glee. It was magical. Seriously, magical. My eyes filled with tears seeing how excited she was.

On stage, the characters were singing, dancing, and welcoming everyone. There was a countdown that ended with a loud roar from the ship’s horn to signal the beginning of our first family cruise on the Disney Magic.

On the first day, waiting for us in our stateroom, was an invitation to the Royal Court Royal Tea. For an additional fee, kids (ages 3 to 12) and their parents can go to a kid-friendly tea party.

My daughter loved that the Disney princesses wanted her to join them at a tea party. Rolled up like a message from Cinderella’s castle – signed and officially sealed – was a royal court invitation to the party.

When you arrive at Royal Court Royal Tea, each child is announced as a Prince or Princess. Lady Chamomile, the host of the party, presents them and places a crown or tiara on their head

A waiter escorts you to your table where there are so many gifts for each child. For the girls, there’s a tall Cinderella doll with a Royal Court Royal Tea sash, a musical Cinderella jewelry box with a charm-filled bracelet and necklace, and a princess autograph book and princess pen.

Lady Chamomile begins the party with songs and stories. And she introduces everyone to the musical chef, Chef Brule.

Like a choreographed dance, the waiters simultaneously arrive at the tables. They serve tea to the adults and apple juice in large tea cups to the kids.

Between the savoury and sweet courses, Lady Chamomile and Chef Brule sing more songs and tell more stories. They also try to get everyone to guess which famous princesses are going to arrive. At our tea party, Cinderella, Belle, and Tiana were the special guests.

The princesses give hugs, smiles, sign autographs, and pose for pictures. The princesses also have a small gift for each child – a gem charm. It can be added to the bracelet or necklace. Cinderella gave a blue charm, Belle gave a yellow one, and Tiana handed out a green one.

At the end of the party, each child receives an extra special dessert decorated like their favourite prince or princess.

Since my daughter chose Cinderella, she received a cupcake frosted with blue icing and topped with a Cinderella painted candy. It was beautiful and delicious, which is the best combination.

Before saying goodbye, each child poses for a picture with the three princesses. How special is that?

The next day, a leather folio arrived in our stateroom with this 8×10 print. My daughter loves our picture.

The restaurant that we were most excited to visit was Rapunzel’s Royal Table. It’s like dinner theatre – interactive songs and dancing and of course, tasty Rapunzel inspired food.

My girls could hardly contain their excitement. They love Rapunzel. At the restaurant, we got to celebrate Rapunzel’s birthday.

As you enter the restaurant, Rapunzel’s thug friends pose for photos with guests and say truly funny things. When you’re seated, the show begins. The thugs sing songs and tell stories.

Finally, Rapunzel arrives with Finn. They sing and dance and visit each table to greet their guests. Since it’s Rapunzel’s birthday, there is also a big, oversized birthday cake.

After dinner, everyone is invited to dance around the tables with Rapunzel. My five-year-old daughter could not stop smiling, all night long.

A Day in Cozumel, Mexico

I am so happy that we visited Cozumel on our first family cruise on the Disney Magic. I love Mexico. From the food to the culture, it’s always a good time. And of course, the beaches are so beautiful too.

Since we were traveling with little ones, we decided to enjoy a day at the beach. My older daughter could swim and play, while my younger one could nap on mommy in the shade.

It was a perfectly relaxing day!

It was such a highlight to meet the classic characters. We always made sure that my five-year-old daughter had some alone time with the characters to laugh and play before posing for a photo. Then the family would join in.

I love to meet the characters. No matter how old you are, Disney characters can bring out the kid in you. Even when there’s a sleepy baby in your arms, you can still feel like a kid when goofy tries to make you laugh.

If meeting Disney princesses is a priority, there are many opportunities. From Royal Court Royal Tea to Rapunzel’s Royal Table and even scheduled meetings throughout the ship, there are so many times to meet them. By the time it was our turn (with free tickets) to meet all of the princesses, many of them mentioned that they remembered my daughter.

“It’s so nice to see you again,” Cinderella said, adding even more magic to their meeting. “I had so much fun with you at the tea party.” How magical is that!

We also met Elsa and Anna. They are only available at ticketed events. We are so happy that we got to see them.

Since my girls are sisters, they have a special love for these princess sisters. Elsa taught us how to do some magic and Anna gave everyone hugs before it was time to smile for the camera.

Disney cruises are known for Pirate Night. It is on nearly every cruise. For our first family cruise on the Disney Magic, we were excited for this buccaneer bash.

Earlier in the day, every stateroom receives pirate night bandanas. We saw everything from full costumes to simple pirate inspired outfits. Regardless of what you wear, everyone was having fun.

After a pirate-themed dinner, there is a Pirates of the Caribbean deck party. Mickey, Minnie, and the gang wear pirate costumes and put on a show with singing and dancing.

In front of the stage, there is a roped off kid section. Here the kids can dance and sing without any tall adults standing in front of them. It’s so smart! I wish I had pictures of it, but I was too busy standing beside the rope watching my older daughter sing and have the best time.

I managed to get a picture of the finale. The fireworks show!

During our second day at sea, the ship was taken over by Marvel. Everything from the characters to the activities and even the food was Marvel themed.

My family had a blast meeting all the characters. Some of the character meetings were ticketed meetings, some were walking around, and other ones you needed to line up for.

As a mom of girls, it was so wonderful to see some girl superheroes. Captain Marvel and Black Widow were definitely a favourite for my kiddos. And of course Spiderman. My whole family LOVES him!

If character meetings aren’t your thing, there are a bunch of other activities at the kid’s clubs and across the ship. There’s more than enough to keep anyone entertained. In fact, there is so much to do. You can’t do it all.

At night, there were two shows. One was catered to younger kids with Mickey, Minnie, and friends singing and dancing. Each one was dressed as their favourite Marvel character.

The later show was like a live Avengers show. It involved all of the Marvel characters on board battling Loki and his men. It was seriously fun to watch. Like Pirate Night, the show ended with a bang as fireworks lit up the sky.

A Caribbean Disney cruise is not complete without a visit to Castaway Cay. In the Bahamas, Disney has an island that is beyond beautiful. It is filled with beaches, kids programs, and a water slide that you have to swim up to.

Castaway was one of our favourite days. You didn’t need to look for a ride or cab, Disney has everything there for you. Even lunch is included. You can easily walk to the beaches after getting off the boat. Or you can hop on the Disney cart that can drive you around the island.

There are stops where you can go on excursions or go snorkeling. There are family beaches, for those of all ages – that’s where we stayed for most of the day. Plus, there is an adults only beach, which I hear is so beautiful. With my little ones, I didn’t have an opportunity to visit that beach. I guess there’s always next time! 🙂

Till We Meet Again

Before saying a final farewell, there is one last chance to say goodbye. On the last night, at around 10 pm, the characters gather in the lobby. This is your last chance to take pictures with your favourite characters and get some final hugs.

We loved our first family cruise on the Disney Magic. Till we see you again Mickey, Minnie and friends!

If you love family vacations, you may also want to check out Niagara Falls Family Vacation 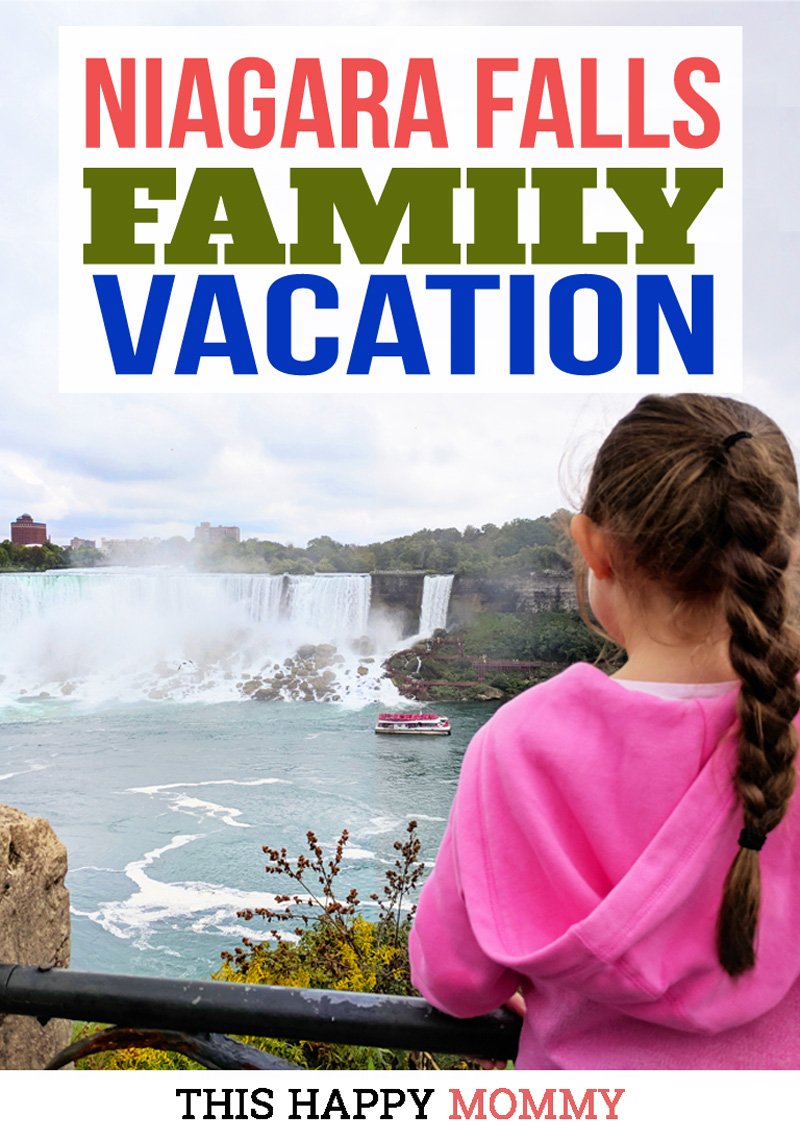 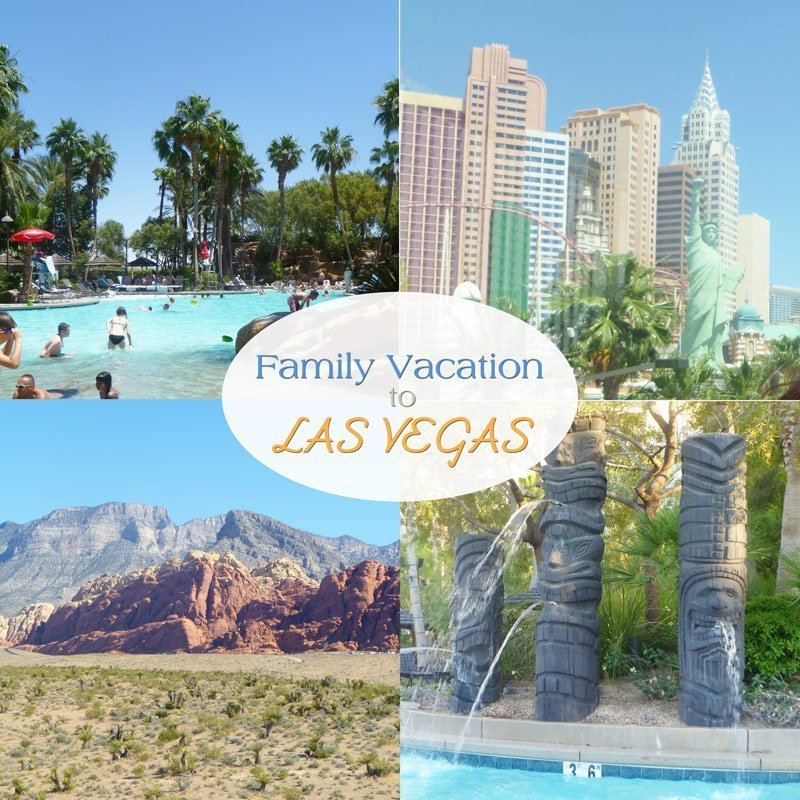 Want to Remember this? Save Our First Family Cruise on the Disney Magic to your favourite family and travel Pinterest Board!

I want to help you make easier dinners, give the perfect gifts, and make fun crafts. Learn more here.

Ready to make dinner faster? Get our FREE GUIDE.